By adminJune 10, 2020Homeschooling lesson about racism 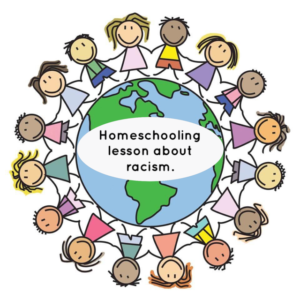 My nine year old daughter and I spent yesterday afternoon exploring racism as part of her homeschooling.  My mum is from Jamaica, my dad is from England and racism is an area that I have spoken about informally with my daughter a few times over the years.  We have talked about how things have evolved over time through sharing stories such as Rosa Parks and her role in ending segregation on public transport in America.  We have talked about the tragic case of George Floyd and how this is another example that has shone a torch on the fact that there is still much that we need to do to rid of racism in society today.  Yesterday we really delved in and explored this area in some depth.  We did a fair bit of research, had lots of discussions, and I thought that I would share our main findings in case they are of help to anyone else looking to explore this area with their children too.  Here’s what we discovered…

What is race?
Firstly, before looking at what racism is, I wanted us to understand what race is.  In short, this is ever so complex.  A race can be seen as the idea that the human species is divided into different groups on the basis of inherited physical and behavioural differences (e.g. the African race, the European race and the Asian race).  Race is therefore often seen as something that is inherent in our biology, and is therefore inherited across generations through the genes.  However, modern scientific studies have shown that human physical variations tend to overlap between different racial groups and that genes cannot be used to identify distinct racial groups. In fact, DNA tests have shown that all humans have much more in common, genetically, than they have differences.

Many modern scientists argue that race is actually a social construct that is used to categorise and characterise seemingly distinct and different populations.  But the reality is far more complex than this.  Africa, for example, has been shown to be the most diverse continent on Earth.  As a further example, in America, people identified as African Americans do not share one common set of physical characteristics. Instead they have a great range of skin colours, hair colours and textures, facial features, body sizes, and other physical traits.

As one scientist argues, human genetic variation is real.  However, we would be best placed to continue to study human genetic variation free of the constraining idea of race.  This is because genetic variation is an incredibly complex result of evolution which should not be reduced to race.  Similarly, he argues, race is real, it just isn’t genetic. It is a culturally created phenomenon. Because of the inability of scientists to group people into different racial packages, many modern researchers have concluded that the concept of race has no biological validity.

What is ethnicity?
Next I thought, OK, now we know what race and racism is, but what is ethnicity and where does this fit in?  Again, this is another hugely complex area, but after our research, here’s a starting point definition that we came up with… “Ethnicity often refers to the way in which someone identifies with learned aspects of themselves (e.g. nationality, language and culture).”  As with race, ethnicity is also said to be socially constructed.  It is also something that can change over time in the course of one’s life.

The impact of race and ethnicity
While modern scientists argue that race and ethnicity have no genetic basis, the social concept of both of these can still have a significant impact on shaping human experiences.  Racial bias can fuel social exclusion, discrimination and even violence against people from certain social groups.  There are many historical examples of this such as the Apartheid in South Africa where people were forced to live separately based on race and their skin colour; and segregation in America where people were also segregated because of race and skin colour.  In both cases, black people were seen to be inferior.  The tragic recent killing of George Floyd highlights the very important ongoing need to tackle racism in society still today.

Another historical example of racism, where race was used to create political power and dominance, is the Holocaust.  Germany’s Nazi party was led by a man named Adolf Hitler and he wanted to create what he thought was ‘the best and strongest’ race.  To the Nazi party this meant getting rid of many different groups of people – most notably the Jews, but also other groups such as Gypsies, gay people, black people and those with physical disabilities.  Millions were killed during the Holocaust in the most horrific way.

Every year on 27th January, it is Holocaust Memorial Day.  This event is an important reminder of how important it is to be tolerant of other people’s beliefs and differences and not to exclude people or spread hate within society.

What is white privilege?
Something else I wanted to explore with my daughter is what we mean by the sometimes confusing term, white privilege.  I found a good quote about what white privilege is by JT Flowers who is a 26 year old American rapper, student and activist living in the UK.  He feels that some people get defensive about this term because it is misunderstood and people can think of it as a term implying that people have basic rights and benefits simply because they are white.  This is what he had to say… “You might be a white person and still be poor with a lack of access to education or face a language barrier in the workplace.  It doesn’t mean you can’t be disadvantaged in other ways.  It just means that with respect to that one particular thing – your race and skin colour – you do have the luxury of not being able to think about it.  It means having the luxury of being able to step outside without fearing that you’re going to be discriminated against or oppressed in any way because of the colour of your skin.”

A white person commented on this post saying “Shouldn’t this girl be out playing with her princess dolls?  Why is she being dragged into this debate?”  I thought ‘Wow’ on so many different levels when I read this comment.  I thought about whether to reply.  Then I decided that I must, as uncomfortable as it might be.

I replied saying:  “When I was this girls age I was the only non-white person in my year at school and I was bullied by a minority of children in my class because of the colour of my skin (I won’t include some of the words here as they are pretty offensive to repeat).  When I was a bit older, about 12, I remember walking in my local very white high street with two of my 12 year old white friends, and a grown man shouted out to me… ‘Go back to Brixton where you come from you black *#+*.’  Whether I liked it or not, racism was something very real when I was the same age as the girl in the photo because it was a part of my life.  Just as it is probably a part of the girl’s life that is holding up the poster in the image.  Please think carefully before you write such comments.”  I checked back the next day and, interestingly, her comment had disappeared.

I had never shared these experiences with my daughter before yesterday (it is not something I tend to talk about very often generally really) and she was pretty wide eyed.  This led us to the final part of our learning lesson where we explored what people can do to help stop racism.

What can we do to help stop racism?
We started off this section by looking at the following quote by Edmund Burke…

“The only thing necessary for the triumph of evil is for good men to do nothing.”

We used this quote, the personal experience I shared above, and also some examples of heroic figures involved in the fight against racism over the years to help us to think through what things we could all do to help stamp it out.  Here’s the list we came up with…

2 Stand up for others being abused.

4 Read, learn and take the time to properly understand racism.

I would like to finish off by sharing two quotes by Martin Luther King.

Thank you very much for taking the time to read this and I really hope that there is some useful material in here that can form part of your conversations with your children about racism. 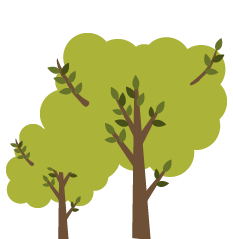 Little Wise Toys makes learning fun and easy for both children and adults looking to support their keen learners. 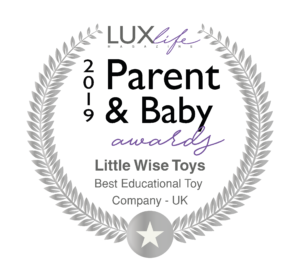 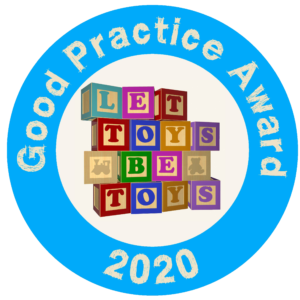 We use cookies to ensure that we give you the best experience on our website. By continuing to use the website you accept their use.OkRead more